Contributed by:
VM
0 review | 0 video | 5 images , including 2 geotagged
View on large map in a new window

Ranked #1 of 5 in Saint Petersburg

Ranked #1 of 5 in Saint Petersburg

The State Hermitage Museum (Russian: Госуда́рственный Эрмита́ж, tr. Gosudárstvennyj Ermitáž; IPA: [ɡəsʊˈdarstvʲɪnɨj ɪrmʲɪˈtaʂ]) is a museum of art and culture in Saint Petersburg, Russia. One of the largest and oldest museums in the world, it was founded in 1754 by Catherine the Great and has been open to the public since 1852. Its collections, of which only a small part is on permanent display, comprise over three million items (the numismatic collection accounts for about one third of them) including the largest collection of paintings in the world. The collections occupy a large complex of six historic buildings along Palace Embankment, including the Winter Palace, a former residence of Russian emperors. Apart from them, the Menshikov Palace, Museum of Porcelain, Storage Facility at Staraya Derevnya and the eastern wing of the General Staff Building are also part of the museum. The museum has several exhibition centers abroad. The Hermitage is a federal state property. Since July 1992, the director of the museum has been Mikhail Piotrovsky.

Of the six buildings in the main museum complex, five, namely the Winter Palace, Small Hermitage, Old Hermitage, New Hermitage and Hermitage Theatre, are open to the public. The entrance ticket for foreign tourists costs more than the fee paid by citizens of Russia and Belarus. However, entrance is free of charge the first Thursday of every month for all visitors, and free daily for students and children. The museum is closed on... 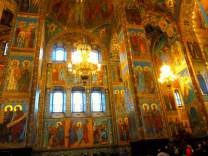 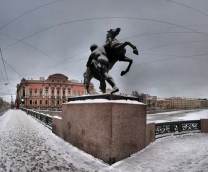 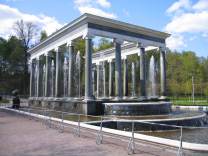