Karaburun-Sazan Marine Park (Albanian: Parku Detar Karaburun-Sazan) is a marine park in Vlorë County of southwestern Albania. The marine park encompasses over 125.70 km2 (48.53 sq mi) and include the Karaburun Peninsula and Sazan Island, the country's largest island. Established in 2010, the marine park protects the boundaries of the peninsula and island and contains a diverse environment of mountains, caves, depressions, bays, canyons and rocky coasts. The International Union for Conservation of Nature (IUCN) has listed the park as Category II. It has been as well identified as an important Bird and Plant Area, because it supports important bird and plant species.

The Karaburun Peninsula is highly hilly and a geological continuation of the Ceraunian Mountains, a mountain range that rises along the Ionian Sea. Its crests form a northwest-southeast line with a series of distinct peaks along its irregular structure that are broken apart by steep and irregular slopes. The coastal landscape is marked by a rough relief and calcareous limestone cliffs, that dips vertically into the sea.Sazan Island is primarily made up of limestone rocks, which was formed during the Cretaceous period. The waters of Mezokanal in the south separates the island from the peninsula. The most characteristic feature of the island is its unique climate. The island's climate is not mediterranean but rather subtropical on account of its warm winters and hot summers, resembling those of the south of Crete, Tunisia and Egypt.

Most of the territory preserve unique geographic features, creating... 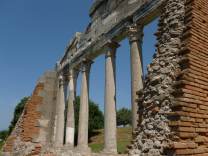 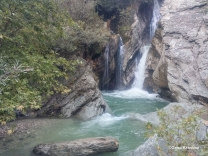 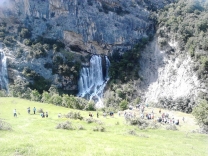 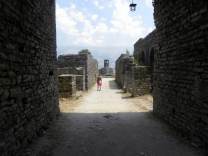 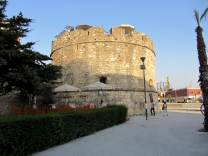 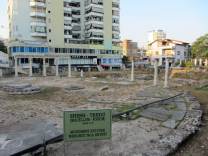