A marine region from Isla Contoy at the tip of the Yucatán Peninsula down to Belize, Guatemala and the Bay Islands of Honduras

The Mesoamerican Barrier Reef System (MBRS), also popularly known as the Great Mayan Reef or Great Maya Reef, is a marine region that stretches over 1,000 kilometres (620 mi) from Isla Contoy at the tip of the Yucatán Peninsula down to Belize, Guatemala and the Bay Islands of Honduras. The reef system includes various protected areas and parks including the Belize Barrier Reef, Arrecifes de Cozumel National Park, Hol Chan Marine Reserve (Belize), Sian Ka'an biosphere reserve, and the Cayos Cochinos Marine Park. Belize's coastline, including the Belize Barrier Reef, is home to approximately 30% of the Mesoamerican Barrier Reef System.

The reef system extends along the coast of four countries: Mexico, Belize, Guatemala, and Honduras. It begins near Isla Contoy on the northern tip of the Yucatán Peninsula and continues south alongside the Riviera Maya including areas like Cozumel and Banco Chinchorro. It then continues south down the eastern coast of Belize including many cayes and atolls. It extends to the north-east corner of Honduras.

The reef system is home to more than 65 species of stony coral, 350 species of mollusk and more than 500 species of fish. There are numerous species that live in or around the reef system that are endangered or under some degree of protection, including the following: sea turtles (green sea turtle, loggerhead sea turtle, leatherback turtle, and the hawksbill turtle), the queen conch, the West Indian manatee, the splendid toadfish, the American crocodile, the Morelet's crocodile, the Nassau grouper, elkhorn coral, and black coral.

The reef system is currently suffering an invasion by the red lionfish (Pterois volitans and Pterois miles), which is native to the Indo-Pacific region. Lionfish severely damage the reef ecosystem by eating nearly every reef-tending species, such as cleaner shrimp and other species that eat algae. These animals keep the corals clean, alive, and... 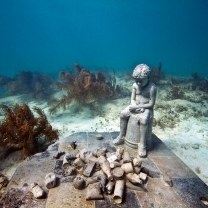 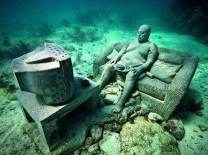 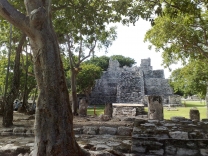 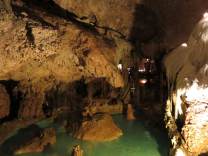 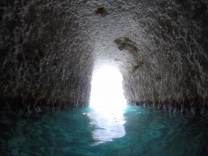 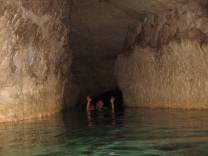 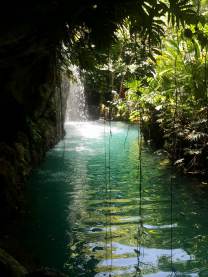