Opočno Castle (Czech: zámek Opočno) is a complex of buildings comprising a former aristocratic residence located in the East Bohemian town of Opočno, Czech Republic. Its outer arcades are a valuable example of the Renaissance architecture in Bohemia.

The medieval Well Tower was part of the outer bailey.

The place was first mentioned in 1068 by Cosmas of Prague as a fortified settlement. Later a Gothic castle was built in its location. In 1425 the castle was conquered by East Bohemian Hussites and later it was reconstructed. The round Well Tower is the only still existing part of the original medieval castle.

In 1495 the domain of Opočno was bought by the family Trčka of Lípa. Vilém Trčka of Lípa, who undertook a journey to Italy in 1551, rebuilt the palace in the Renaissance style between 1560–67. In this time the new Renaissance arcades were built after Italian examples. Vilém then rebuilt also the original chapel of St. Andrew into the new Church of the Holy Trinity which was planned for the burials of the Trčka family. In 1602 a summer pavilion was built by Jan Rudolf Trčka overlooking the valley of the valley Zlatý potok (German: Goldbach) and he also founded a new garden around the summer house.

After the murder of Adam Erdman Trčka (together with Albrecht of Wallenstein) in Cheb (German: Eger) in 1634 and the death of his father in the same year, the Trčka family died out in the male line. Opočno was confiscated and the Emperor Ferdinand II allowed the Colloredo family to buy the property for 51,456 Rhenish guilders.Rudolf Colloredo von Walsee was a general of the Imperial army during the Thirty Years' War. In the 1690s the palace, especially its southern wing, was reconstructed after a fire under Hieronymous Colloredo von Walsee. In this time the chapel of St. Anne in the southern wing got its present appearance. These Baroque changes were carried out also by the architect Giovanni Battista Alliprandi.

Since then the Colloredos have substantially modified the chateau and even founded a 22-hectare (54-acre) English garden with rare trees, ponds and waterfalls. In 1895... 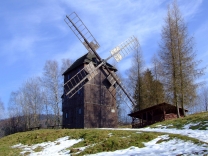 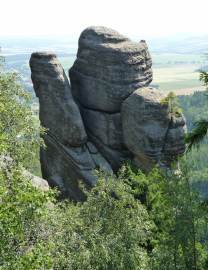 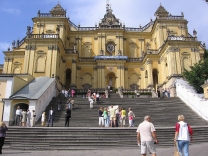 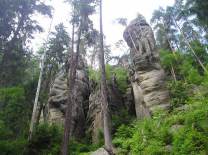 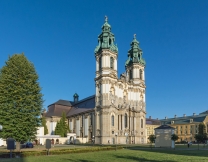 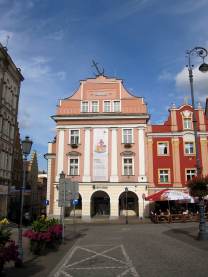 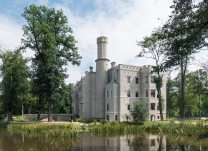 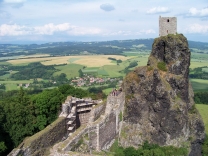 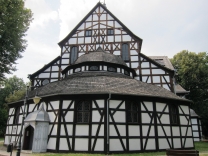 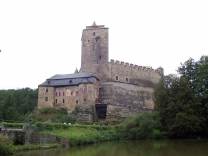